Muthanna is the second largest province in the Republic of Iraq in terms of area, but it is the lowest in terms of population, with a population of 775,000 in 2014, according to estimates by the Ministry of Planning, which currently has about one million people and was formerly affiliated with the Diwaniyah Brigade. 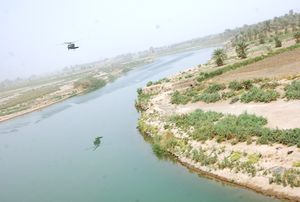 For the word Samawa several glosses mentioned by the dictionaries of the language and the books of history,Al-Hasani mentioned the Yaqut Al- Hamwi in his book(Muejam Al-Buldan) 1429, but it is called Samawa because it is a flat land with no stone. As for the upholsterer, it is stated that the smelter is the zodiac. and a rose on the sofa. Sheikh Ahmed Reda explains in his dictionary of language that Sama Wah: the high thing so its high end. According to some historical sources, the area where the city of Samawah now extends before Islam has originated a city called Al-Aysour (Alis) and was a rest stop for the Arab armies and the headquarters of the gathering of fighters from the Arab tribes that fought the Persians and resisted their influence, as witnessed its territory a great battle between the Arabs led by Khalid bin Alwaleed and led by Jabban Azim al-Ajam, resident in Alis. Al-Balazari said: “Muthanna ibn Haritha, a resident of al-Ellis district, was calling on Arabs to jihad. 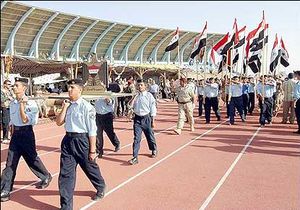 Muthanna province is one of the southern provinces in terms of geographical location and the Middle
Euphrates administratively, covering an area of 51,000 km² and is the second largest province in Iraq bordered to the north by Najaf and Diwaniyah provinces.
It is bordered to the south by Saudi Arabia, and to the east by Dhi Qar province.
The population of the province according to the latest statistics about (650,000) six hundred and fifty thousand people, which is now about one million people, is characterized by the presence of Lake Sawa, which is one of the most beautiful lakes in the world, and the city of Warka archaeological, the oldest human metropolis known to man, whose history extends to the age of about seven thousand years, which originated in the fifth millennium BC.

In modern times, the oldest mention of it was mentioned in ottoman documents in 1494 and describes it as an agricultural village located on the Shatt al-Thirstan, the original Euphrates River, which was converted in 1700 to its current course after a major flood flooded the area, as it was under the authority of the Safavids in 1662 in the time of Shah Abbas I and strengthened In 1625, after their victory over Bakr Sobash, in 1758, the British doctor Evz and his group passed on their way from Basra to Hilla, and passed the present River Al-Karim, and the southern main reaches of the furat at that time, and found it a town walled from mud. Its wall, which protected it from Bedouin raids, was demolished in 1937 due to the lack of need and the expansion of the city. In 1765, the German traveler (Nebor) passed by on his way to Najaf, Baghdad, and pointed out that it is a city built of mud and in its desert of salt and spread in the area archaeological sites, as the number of archaeological sites ranging from 3200 BC to modern Islamic times

The province is inhabited by a large group of ancient Arab tribes that have settled in the area for a long time.

Muthanna governorate is one of the agricultural areas previously but the interruption or decrease of rainfall that led to the decrease of the water level in the Euphrates River greatly reduced agricultural production, that one of the most important crops grown in the province are wheat, barley and rice,as well as surrounded by palm groves of samawah, vegetables and rumitha and characterized by the outstanding production of the finest types of dates, industrially there are two cement production plants in the province, the most famous of which is the factory One of them, the oldest plant located in the east of the city and the first source of environmental pollution in the province, is found deposits of sodium salt salt used in the production of food salt frequently in the western side of Samawah city near Lake Sawa, a beautiful lake surrounded by sand from all sides formed naturally thousands of years ago is a distinct investment target and breathing for the city that suffers from the lack of recreational facilities.

The Place of the Greens